Life is an art of balance...
Leave a little sparkle wherever you go. 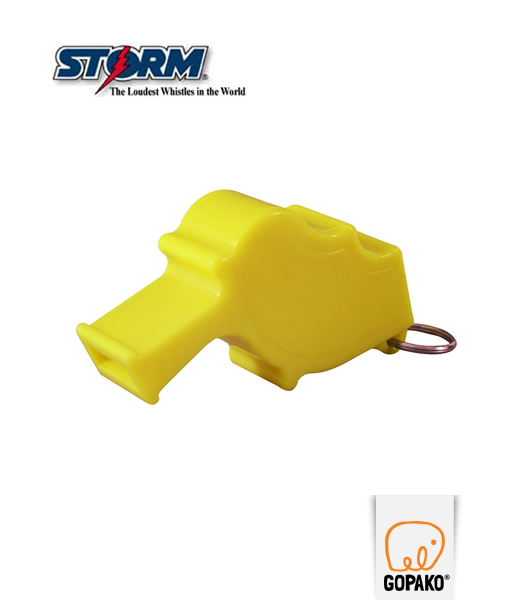 The Storm® All-Weather Safety Whistle is the loudest whistle on the market. Its unique patented design allows it to be heard under water, up to 50 feet, because the sounding chamber forces all water to be purged when the whistle is blown. Made in the USA. It’s perfect for divers, lifeguards, and for recreation! Creates a clear, high frequency sound, with a power rating over 75% greater than other referee and safety whistles.

The Storm whistle is twice as loud as any other mouth-blown whistle in the world. Initial testing was conducted by the Hearing Conservation Programs Inc., who tested the decibel rating of various military, sports and survival whistles against the Storm whistle. These first tests were performed in a sound proof booth at a distance of 15 feet with the whistle being blown by mouth, and had a number of variables, such as the person blowing the whistle and the accuracy of the sound level devices.

The second set of tests, conducted by the Central Institute for the Deaf, were performed in open air at a distance of 15 feet, 25 feet and 50 feet. Here the whistles were attached to a constant air source which was adjusted to the normal blowing strength typically generated by the mouth. The sound the whistles made was then analyzed by computer, using a double blind technique, detailing the amplitude and signature of the sound created.

The focused 3150 hertz frequency was generated intentionally in accordance with government recommendations that showed that the 3150 hertz tone is the most readily heard over the noise of motors, crowds, and explosions.

In all these cases, test results showed the Storm whistle as being twice as loud as the other whistles.
Presently, the Storm whistle is being used by these groups as a personal alarm where an extremely loud alarm is necessary: